Susquehanna University production of
Fires in the Mirror 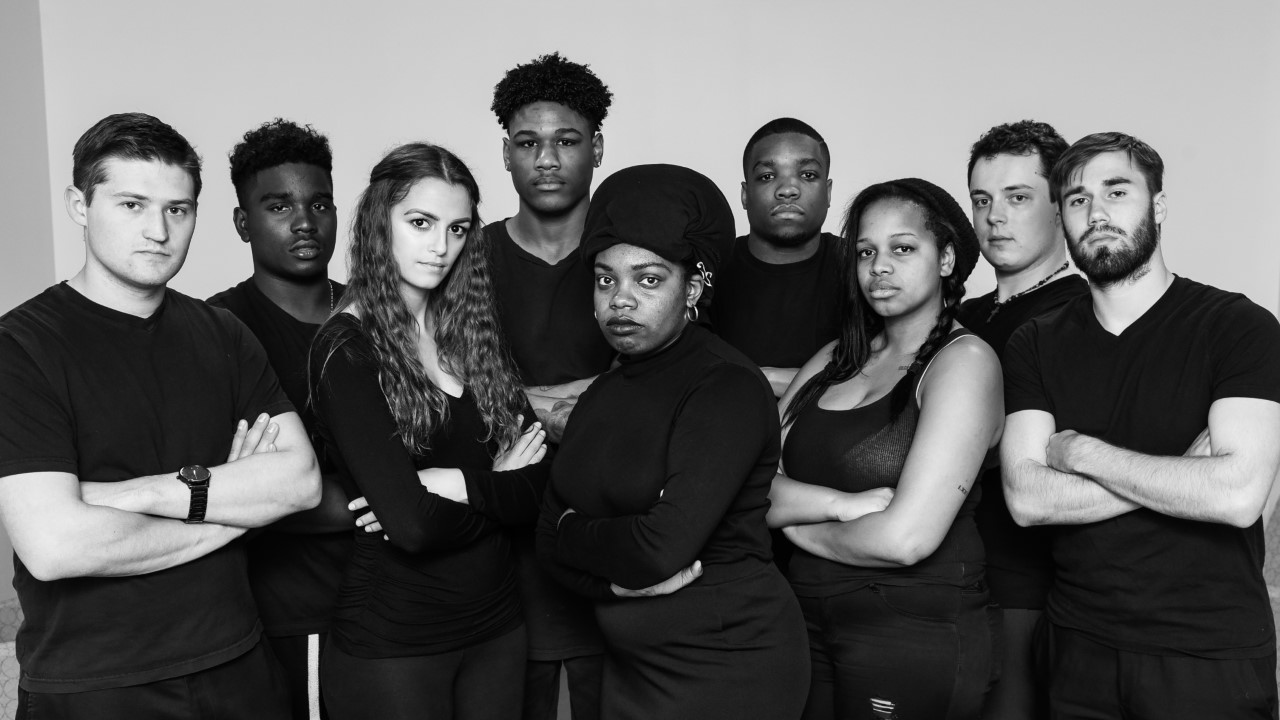 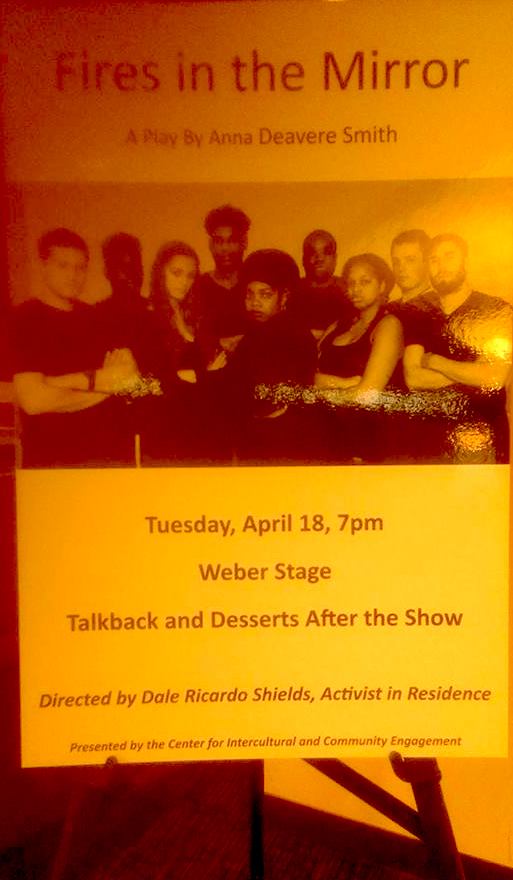 Fires in the mirror by Elizabeth Evans

As racial tensions continue to divide the country, prejudice has managed to permeate communities everywhere, including the Susquehanna University campus. Though efforts have been made to prevent further incidents of racial discrimination, the Center for Intercultural & Community Engagement and other Susquehanna students agree that further discussion is necessary. Initiated by Dena Salerno and Dr. Lisa Scott, CICE was finally able to welcome Dale Ricardo Shields as an artistic activist in residence, after several years of coaxing. After only two and a half weeks of sporadic rehearsals and scavenging for sets, a cast and crew of fourteen students are proud to present the second theater production of “Fires in the Mirror;” a production that broaches the sensitive yet relevant topic of racial divide and the necessity of discussion.

Written by Anna Deavere Smith, “Fires in the Mirror” first premiered in May of 1992, shortly after what is known as the Crown Heights riots: a series of violent incidents between the Black and Jewish communities of Brooklyn. The play is known as one of the principal examples of verbatim theater, where the script is based word for word on interviews conducted by the creator. After the tragic events that occurred in Crown Heights in August 1991, Smith interviewed individuals from both racial communities involved in the conflict and formed a succession of soliloquies, originally to be performed solely by herself. With the professional guidance of Shields, fourteen students, from football players to accounting majors, have divided the monologues amongst themselves to present a needed examination of the complexity of racism.

This will be Shields second time directing “Fires in the Mirror,” and he is eager to share his passion among Susquehanna students. He says: “We are living in some pretty sad, disappointing times, as far as I’m concerned. We’re not doing well, we’re not playing well with each other, and I think that’s dangerous. I don’t think it’s healthy.” Shields, 2017 winner of The Kennedy Center Inspirational Teacher Award and Broadway director, says he prefers the term “Artistic Activist.” He clarifies: “Certainly a lot of issues have come up and I’ve found myself actually being an activist, trying to explain to students why this is important.” Shields has encouraged a great deal of communication and collaboration between his students, emphasizing the necessity of forming a comfortable, safe environment for rehearsing a production of such politically charged content. Senior Strategic Communications: Marketing and Advertising major and a Theater minor, Matt Potter, says: “The amount Professor Shields is attempting to bond us, whether it’s having us massage each other, has really brought us closer together… because a play with such negative energy, we need to be comfortable.”

Due to the university’s hesitancy to produce “Fires in the Mirror,” Shields had a difficult time recruiting students to audition for the play. Tyler Ravert, a Junior Accounting Major, recounts how Shields came up to him during lunch in the cafeteria and asked if he would audition for the show. Despite the rough recruitment process, the company has been very supportive of one another and have enjoyed working with Shields. Cj Williams a senior Public Relations Major, remarks: “He could’ve treated me like a football player… but he treated us like professionals” and “when someone like him, from Broadway, treats you like that, it fuels you to work hard.” Sophomore Biology Major, Sarah Rinaldi, reflects how “There’s a big difference working with people who are straight out of Broadway and theater teachers. New York style is more demanding and fast paced– you have to be ready for basically anything that is thrown your way.”

Though the pace of the theatrical process was quicker than past shows, a couple of the actors attested to the amount of freedom Shields provided them with. Potter says: “This was a completely new experience for me, you don’t have those walls and those boundaries that theater department people give you.” Jeffrey Huyard, a junior marketing major, remarks: “This is our show, we shape it how it goes, and that’s very different, but basically we can push it as far as we want to push it, and if we’re going to fail at something, then better to fail at something huge and tweak it after.”

The students involved with the production share the same amount of passion as Shields for both theater and the value of conversation. Cam Warner is especially appreciative for this chance, as he says: “It’s a great story to tell especially in a time like this right now, it’s good opportunity to show how I feel about the climate.” Sophomore Psychology Major, Dominique Haynes, plays the role of assistant stage manager for the production. She reveals that she “made sure to spread the word for actors in a play that’s different from our theater department… I wanted to be a part of the play because it has an impact and people on campus need to see a play like this.” Williams also feels the significance of presenting this piece. He says “Just today we had a talk about all the hate crimes on campus, and I’m here to help fix it because I can see the tension I can feel it.” Through the ardent work of a small, talented group of individuals, comes a play that exposes the many facets of racism and encourages a much-needed dialogue of such issues. As Shields remarks, “everyone here is so polite, but underneath are racial issues. They’re not talking about the elephant in the room. The play does.”

“Fires in the Mirror” will be held in the back of Weber Chapel on Tuesday, April 18 at 7:00 pm and 9:30 pm with free admission for students. Audience members are encouraged to stay afterward for desserts and a discussion with the cast. 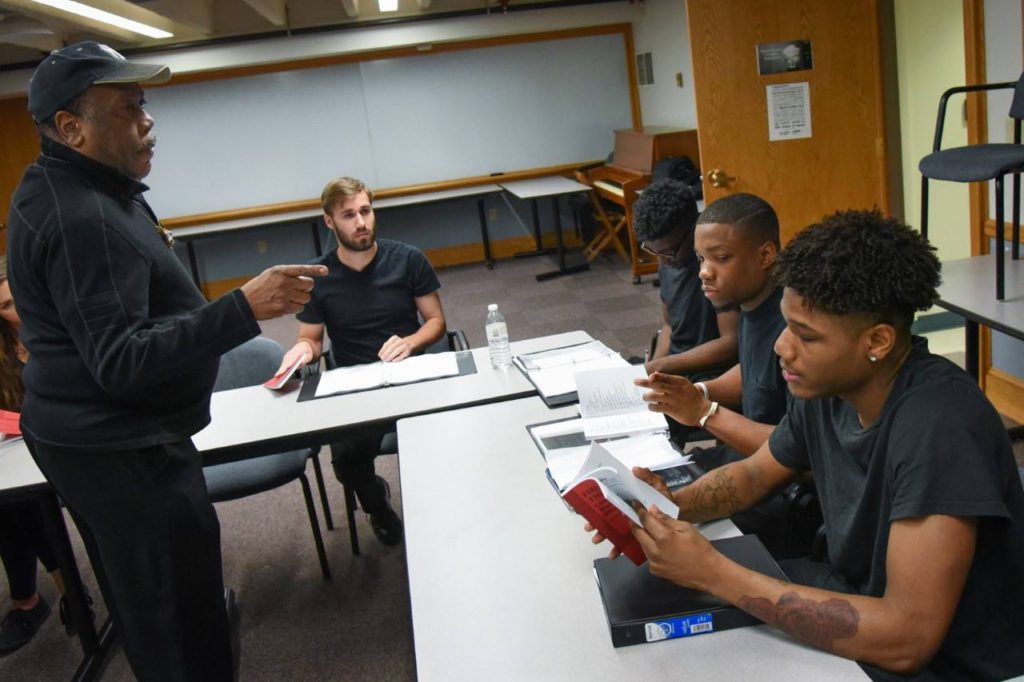 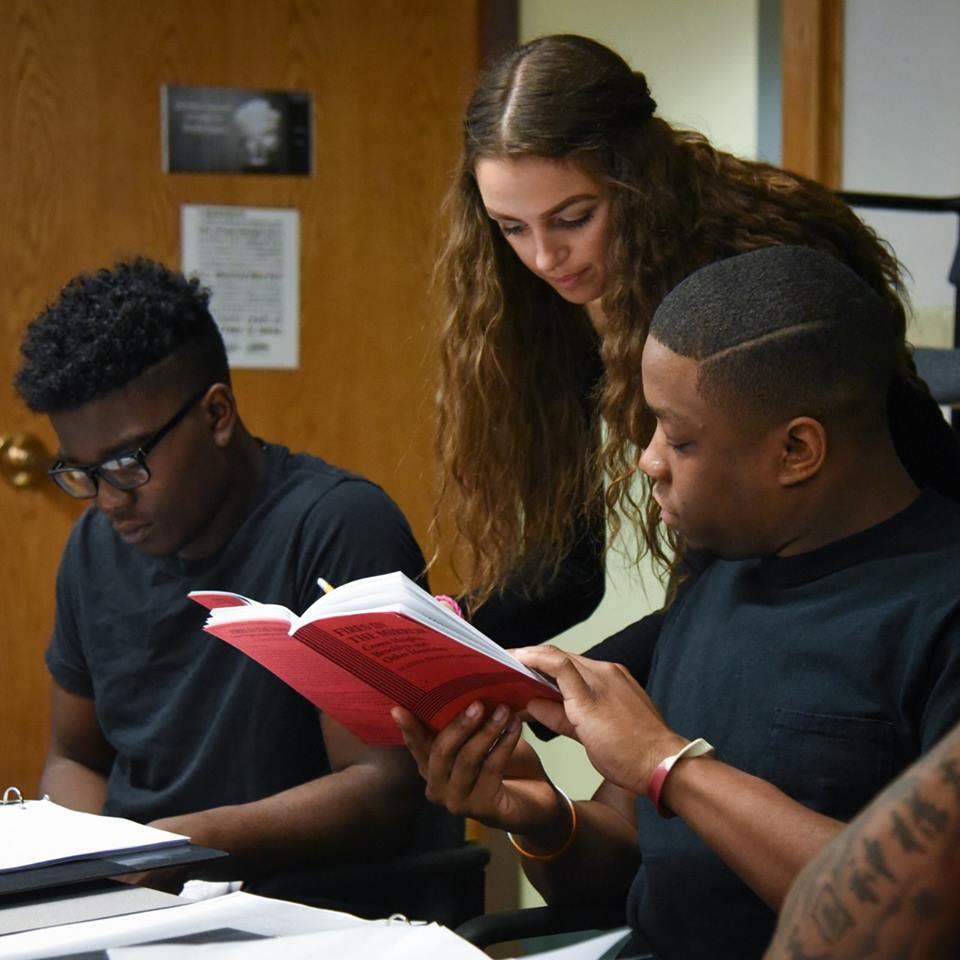 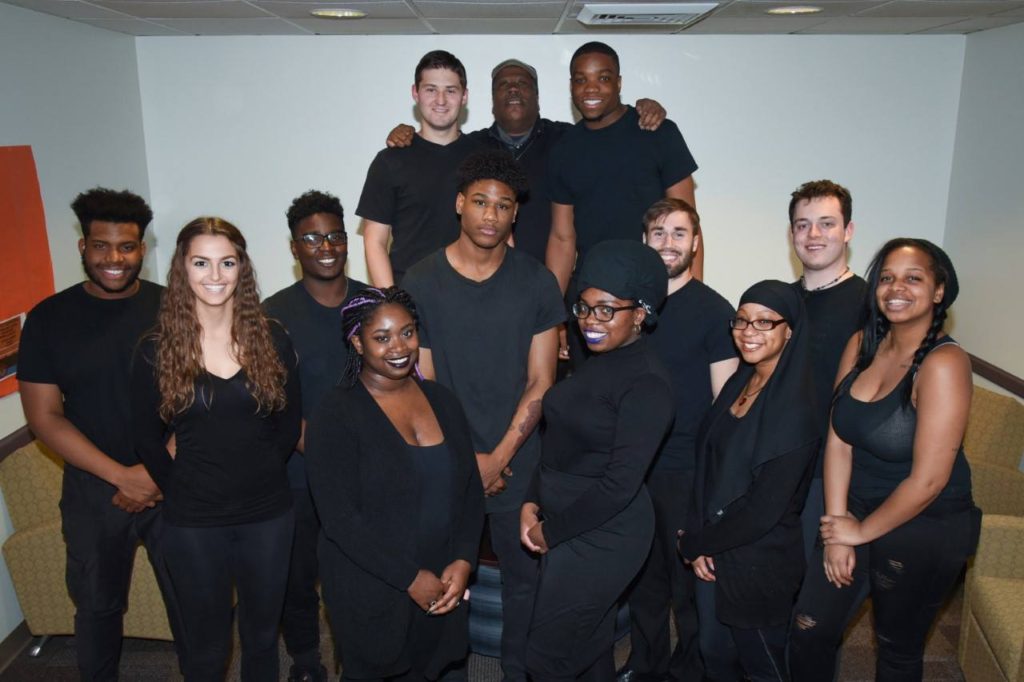