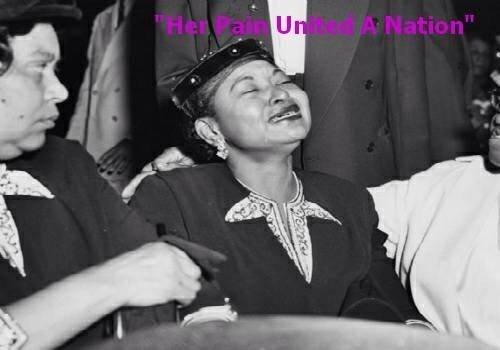 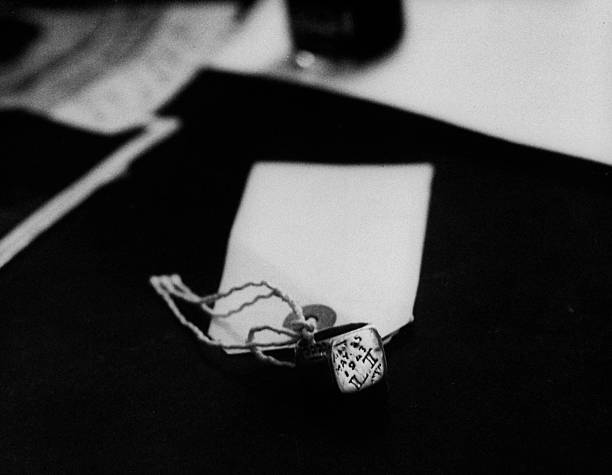 Ring found on the body of Emmett Till. (Photo by Ed Clark/The LIFE Picture Collection via Getty Images)

In 2009, the original glass-topped casket that Emmett Till was buried in was acquired by the Smithsonian’s National Museum of African American History and Culture. 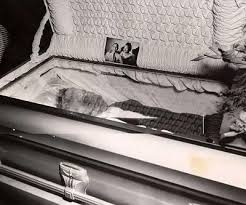 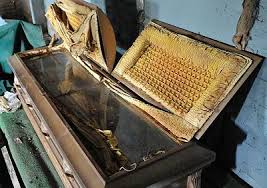 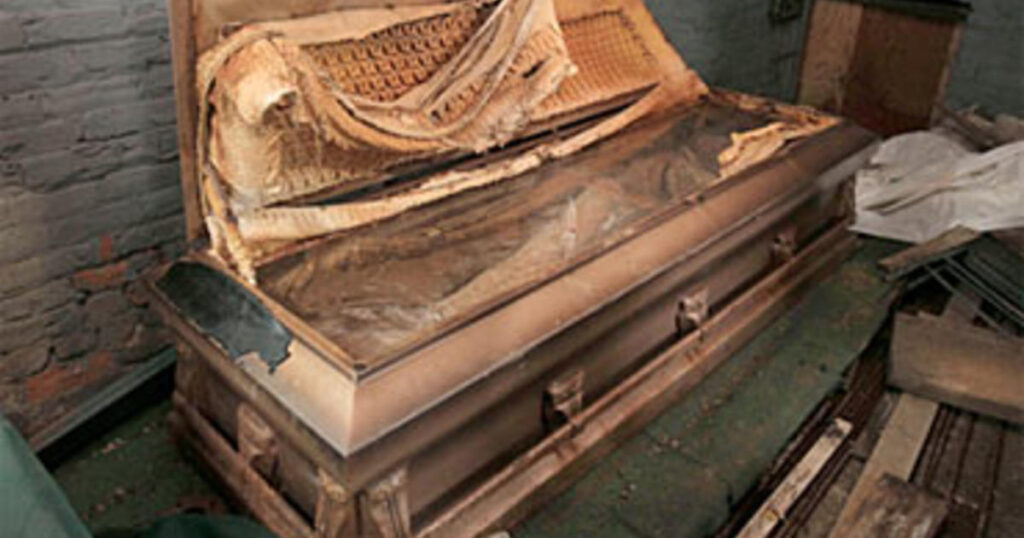 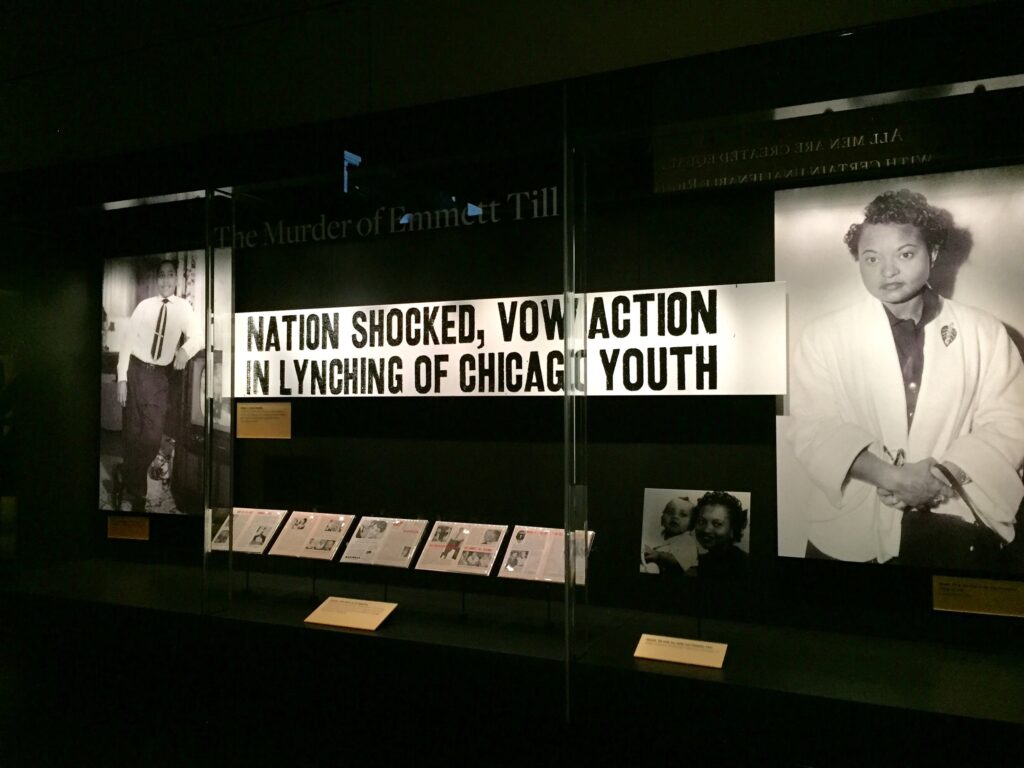 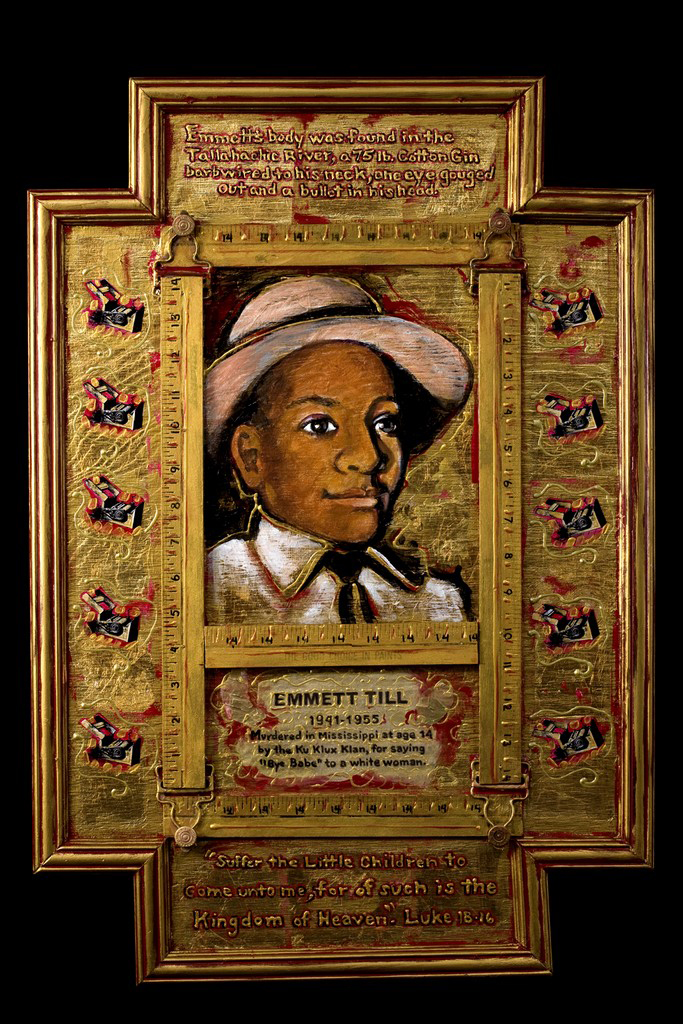 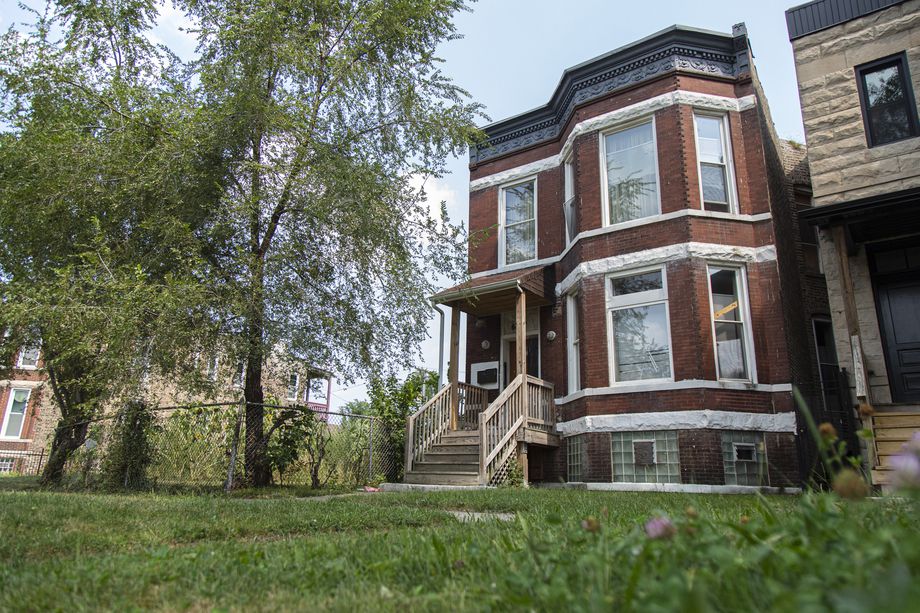 The Commission on Chicago Landmarks Thursday granted preliminary landmark status to the South Side home of Emmett Till, at 6427 S. St. Lawrence Ave. in Woodlawn. Anthony Vazquez/Sun-Times
Emmett Till’s home on the South Side was granted preliminary landmark status Thursday — on the same date that the teen’s historic open-casket funeral was held 65 years ago.
The Commission on Chicago Landmarks voted unanimously to give the prestigious status to the home at 6427 S. St. Lawrence Ave., where Till lived before that fateful trip down South ending with his brutal lynching on Aug. 28, 1955.
It’s a bittersweet milestone in the years-long journey of preservationists and the Till family to landmark the home of the youth whose murder propelled the civil rights movement.
It comes a week after last Friday’s 65th anniversary of the seminal American tragedy.
“I am grateful for the efforts to preserve the memory of my cousin Emmett Till. He speaks from the grave,” Till’s cousin, the Rev. Wheeler Parker, 81, of Summit wrote in his testimony read to commissioners. 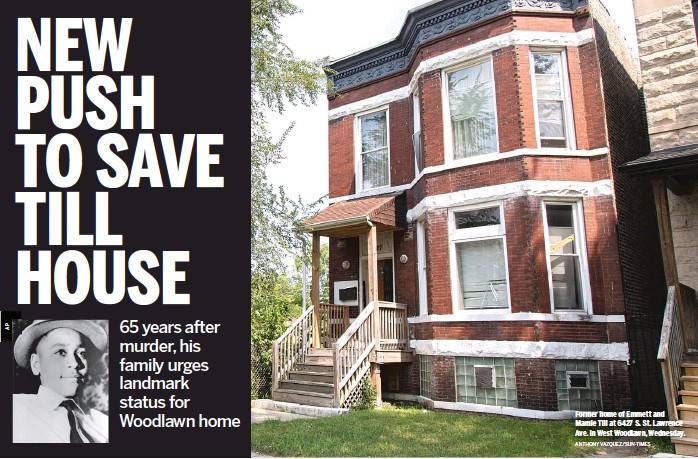 “Naomi Davis, the founder of the non-profit that bought the Till home was born one day after he died and her family lived close to the area where he was killed.”

House makes lynching a federal crime, 65 years after the murder of Emmett Till

“We bought this property, this rundown building which we are in the process of lovingly restoring and upcycling, to play a pivotal role in this neighborhood’s next chapter,” she said. “With the community, we are transforming Till Mobley home into a centerpiece of tourism to rejuvenate West Woodlawn, which was considered Chicago’s first black middle-class neighborhood.”

The James McCosh Elementary School in Chicago, where Till once studied, was renamed the “Emmett Louis Till Math And Science Academy” in 2005 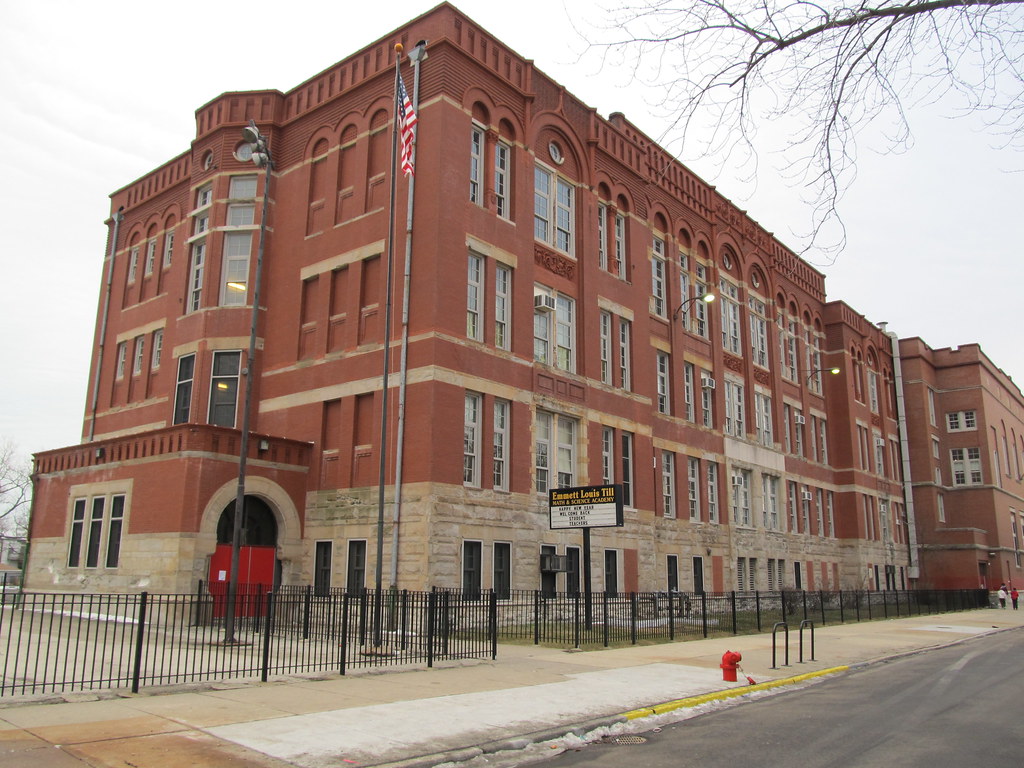 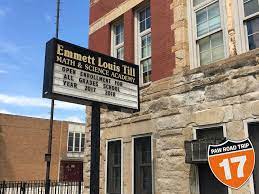 The mission of Emmett Louis Till Math and Science Academy is to meet the academic and socio-emotional needs of every student by providing rigorous and engaging instruction in a safe environment for all students.